Think home inventory couldn’t get any worse? It just did 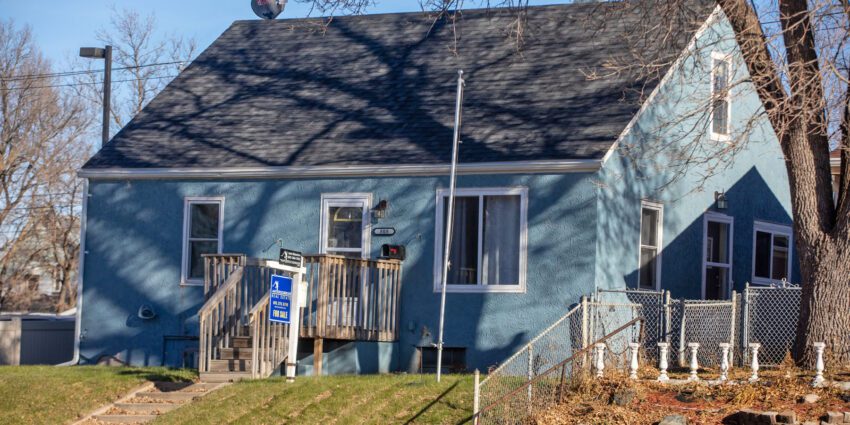 They were search results even a decades long real estate veteran had never seen before.

Last week, Jeff Nelson and Karen Bankowski ran the numbers and came up with this:

There were 80 single-family homes that were active in Sioux Falls – meaning publicly listed as available for a buyer to make an offer. They ranged from $55,000 to $1.9 million.

“Over the last three, four, five years, we’ve been seriously low on listings. But I don’t ever remember anything like this,” said Nelson of 605 Real Estate.

“Five years ago, we would have liked to have 400 to 500 listings on for a good, solid buyer-seller (mix), but when you have under 50 existing houses for sale, that’s just crazy.”

The monthly real estate data for the city of Sioux Falls backs this up.

Sioux Falls ended December with a 1.1-month supply of homes on the market – a 46 percent drop from the previous year and an all-time low, according to the Realtor Association of the Sioux Empire Inc.

For perspective, that means that if houses continued selling at their current pace and no new listings came on the market, Sioux Falls literally would be out of homes to sell in one month.

“This is the slowest holiday season I’ve seen since I’ve been in the business,” said Amy Stockberger, founder of Amy Stockberger Real Estate. “I do think there were a lot of people who were sick over the holiday … but I haven’t done a market analysis with clients where I’ve had more than one or two active (listings) at the most in their price point in every analysis I’ve done for two weeks. The norm is zero.”

There were 146 new listings in the city for the month, down 26 percent year-over-year, while closed sales were flat at 301.

The average house spent 64 days on the market before selling, which is about three weeks less than the same time a year ago.

“The 2021 housing market was one for the history books. After three consecutive months of increases recently, existing home sales are on pace to hit their highest level in 15 years, with an estimated 6 million homes sold in 2021, according to the National Association of Realtors,” according to an analysis included with the Sioux Falls market report.

“Sales prices reached new heights, inventory hit rock bottom, and homes sold in record time, often for well above asking price. Mortgage rates, which began the year at historic lows, remain attractive, and homeowners who choose to sell in the coming months can expect to see plenty of buyer activity due to pent-up demand during the pandemic.”

While 2021 at times brought 18 to 20 offers for a single house, that’s now more like three to five, Nelson said.

“We’ve got the buyers. We just don’t have the houses to show,” he said.

It has made prospective sellers even more wary, despite having next-to-no competition, Stockberger said.

The surge in relocations isn’t letting up, she added.

“It’s just the same if not bigger right now,” she said, compared with a year ago. “We still have people coming in because of the opportunities here and the jobs that need to be filled.”

“Having showings and open houses where people are through your home may also be playing a role,” she said, adding the team has protocols for virtual showings, mask and sanitizer stations and Facebook Live tours instead of open houses.

“I certainly have not been in real estate for even a percentage as long as Jeff, but this seems to be the worst it has been for lack of houses that are active on the market,” she said.

And in some cases, prices paid are high enough that “I’ve told people, if you’re going to pay this, you might have put yourself in a personal bubble,” Nelson said. “You’re going to have to hold on and live in this house maybe longer than you’d like. If you call me in three years, I might not be able to get you out. If we have any hiccups in the market, you might have to stay 10 to 15 years to get out of this. They probably won’t as long as Sioux Falls grows, but it’s not just Sioux Falls anymore. It’s Hartford and Brandon, Harrisburg and certainly Tea.”

In some areas and price ranges, home prices are up as much as 18 percent year over year, Stockberger said.

“I’m predicting at least 10 percent (growth this year) because we don’t have supply,” she said.

Looking ahead, experts anticipate many of the housing market trends of 2021 will continue this year, “albeit at a more moderate level,” the Sioux Falls report said.

“Strong buyer demand and inventory shortages are likely to persist over the next year. Home sales are projected to remain strong but will be tempered by the limited supply of homes, higher sales prices and rising interest rates, with the Federal Reserve planning multiple rate hikes in the new year. Price growth is expected to slow somewhat as a result, but affordability will likely remain a top constraint for some homebuyers.”

Add in the expected series of rate hikes, and mortgage rates, while still historically low, inevitably will go up.

“That will slow things down,” Nelson said, adding he expects more supply is coming.

“Spring’s coming,” he said. “You tell people you’ve got to have patience. You don’t have to worry about your house selling, it’s finding them a house to buy. Most people are just in a hold pattern until something comes up.”