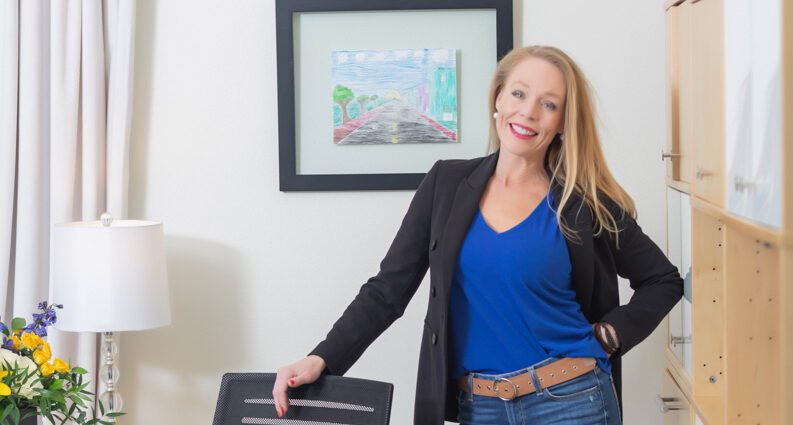 Think of it as HGTV meets “American Idol” – with the backdrop of the Sioux Falls real estate market.

In an effort to encourage more homes to go on the market while driving charitable donations, Realtor Amy Stockberger launched the Sioux Empire Flip Off, a promotion designed to get homes – and people – moving.

“One reason we see that homeowners are not listing their properties is that they are stuck in overwhelm. They don’t know where to start or don’t know which projects to start or which to finish. Also, some homeowners simply just don’t want to do any prep at all and just want a new home.”

Homeowners sign up to be entered to have their house purchased by Stockberger in as-is condition following a free market analysis.

For each analysis done through April 30, the application deadline, Stockberger is donating $50 to the Sioux Falls Area CASA Program, which provides volunteer advocates for abused and neglected children in the court system.

All homes submitted will be entered to win prizes.

Stockberger plans to buy three homes and then flip them through the summer. 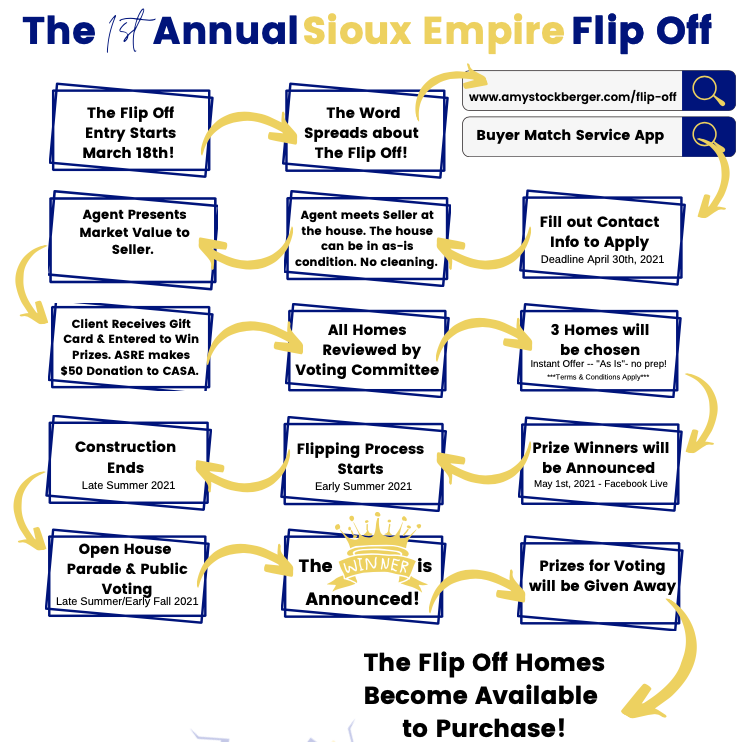 The public will have a chance to weigh in on the changes through social media, giving feedback and voting on selections of materials and design.

There will be open houses for the flipped houses this fall. The public will get to vote for their favorite and then the homes will be available to purchase.