Seller Operation Support
Stress-free way to sell your home for a higher price & faster with our personal project manager services.
May 09, 2022 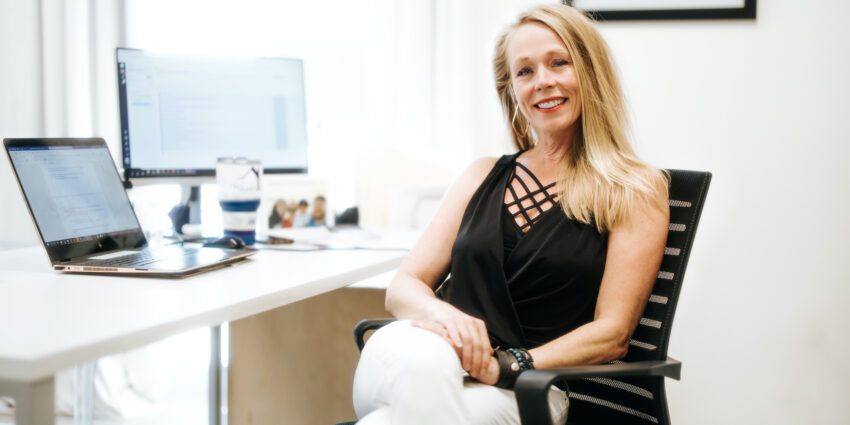 Bad news always seems to travel faster than good news. There have been countless studies done proving that the human brain is more apt to read, click and report about bad news faster and more often than on good news.

I personally took a class last year where I was shown staggering proof that my thumbnails on YouTube would be more clickable if I wasn’t smiling, and when I applied the lesson, they were right, the smiley happy face Amy thumbnails were not clicked as many times as any other facial expression.

Researchers Marc Trussler and Stuart Soroka at McGill University reported evidence of a so-called negativity bias, a term for humans’ mutual desire to hear and remember bad news. They went on to conclude that peoples’ brains have evolved to react quickly to potential threats. Bad news could indicate that they need to change what they’re doing to avoid danger.

These findings would hold true for the real estate market too. It is easier to focus on the low inventory and increasing mortgage rates, negative/bad news than it is about the amazing and unprecedented, especially locally, amount of wealth buyers have created through real estate since April 2020.

So far this year, home prices in Sioux Falls are 19.8 percent higher than they were a year ago. Homeowners are making more money and creating memories in these investments. I don’t know of a more beautiful investment that can do both of those in tandem. Also, since homes are selling for more than ever locally, this has allowed buyers to put more money down on their mortgage payments than ever before.

Here is a fabulous example of wealth creation through real estate in the Sioux Empire.

Buyers who purchased a home last year at the average price of $280,603 likely have seen a price increase of $55,559. If they put 20 percent down, these buyers have $111,679 equity sitting in their homes right now. That is one year of equity, my friends. If Sioux Falls continues to appreciate at a wildly conservative percentage of only 10 percent per year, in three years, just as an example, they would have over $200,000 equity in their home.

We purchased our first home for $72,500 using a first-time homebuyer loan product with an interest rate of 5.5 percent and sold that same house four years later for $94,000. We were in a buyer’s market for both of those sales but clearly not the type of wealth through the real estate buyer’s market that we are in today.

I have had many clients since 2021 who have pulled equity out of their homes to invest in more real estate. The numbers just make so much sense right now, and again, indicating buyers winning in today’s market.

The National Association of Realtors reports that for every home sold, that puts close to $90,000 into the economy, and for every two homes sold, one job is created. The real estate market clearly is a driving force for our economy.

Interest rates have gone up to a little above 5 percent for a 30-year mortgage. The Fed promised they would, so it isn’t earth-shattering knowledge; it is just an adjustment. Keep in mind even if interest rates double that doesn’t mean monthly payments double for homeowners.

There are predictions of the increased interest rate plateauing some markets’ home prices or even seeing home prices dip in bigger cities nationwide. The negative bias principle will be to report that a housing bubble is upon us. However, to see a massive bubble burst, we would need to see prices drop 20 percent to 30 percent, which would be prices we saw in 2012.

While listening to a podcast featuring HousingWire CEO Clayton Collins recently, he reminded the audience that not all recessions are housing recessions, and you can’t have a housing crash without a majority of sellers wanting to sell for a loss.

Right now, we are not experiencing job losses or homeowners in adjustable rate mortgage loans that are expiring as was the case in the last housing recession. Also, homeowners currently have great financials.

Another point to remember is there is no such thing as a national real estate market. The housing market always will be locally driven. Sioux Falls has more new job opportunities than it ever has, and that growth is not seeing any end marks in sight.

An interest rate of 5 percent or even 7 percent will not stop people from the normal rites of passages of their lives that naturally align with the housing market, such as graduating, getting married, having kids, having kids leave home or retiring — any type of life change is directly linked to the housing market.

Again, the perfect time to plant a tree is 20 years ago, the next best time is now, and the same applies for seeing the positive in our local real estate market right now — the best time to build wealth through real estate is right now as prices likely will not decline in the next five years at a minimum.

Keeping Current Matters illustrated the same message through the infographic below. 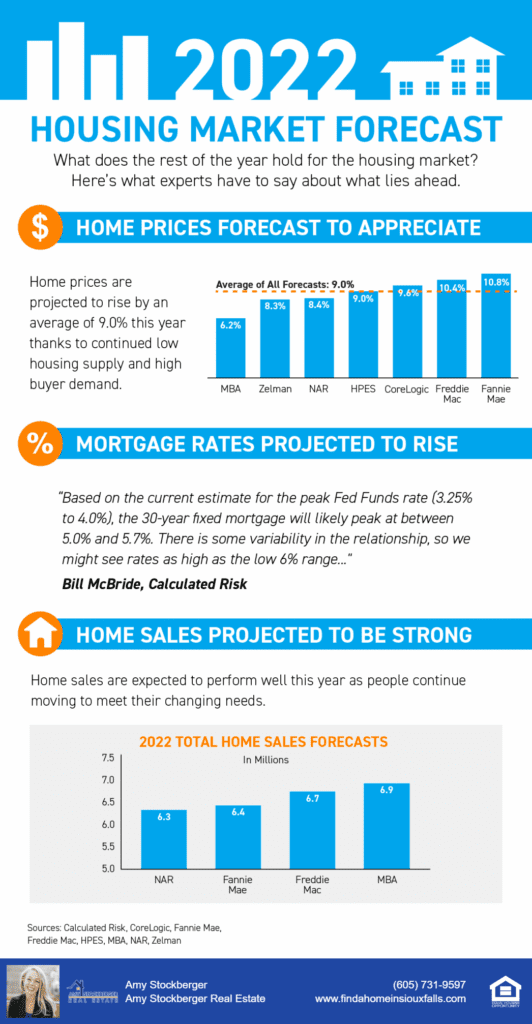 As always, if you or anyone you know has a life change, Amy Stockberger Real Estate would love to exceed your real estate goals for you.