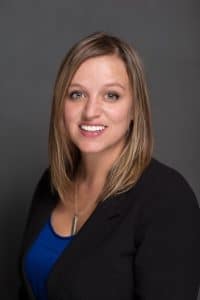 Not only does this little spitfire know the real estate biz inside & out, she has an answer to absolutely everything. She can operate well in whatever environment she’s placed in. She does things in a timely manner and is willing to put in extra work to make life easier for others. She is more than deserving!!! 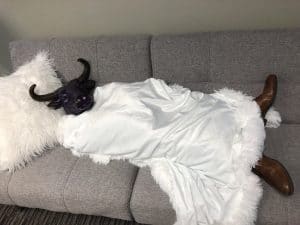 Start date with the AS Team:
When I was 7.

Originally from:
The Motherland, also known as Canton, SD

Best concert you’ve ever been to:
It’s a toss up! Either Jimmy & Alysia’s’ high school band concerts where they thought they were J.J. Johnson on the trombone and Miles Davis on the trumpet….or my daughter, Presley’s, rendition of Lip Sync Battles in our living room.

If someone was looking for you in the mall, where would they most likely find you?
Lost and Found

One actor/actress you would like to have dinner with:
Gary Busey – that should make for one interesting conversation

Drink of choice:
Diet Coke by way of IV

What jam can always get you going?
“You’re the Best” by Joe “Bean” Esposito

In your opinion, what’s the most important feature in a home?
Indoor toilet

The Amy Stockberger team offers the highest level of service in creating a smooth transaction which is made possible by using the array of systems and checklists that have been developed with years of experience and knowledge. With the best technology available, The Amy Stockberger Team surpasses their competition and is consistently dedicated to making their client’s goals their number one priority. Call us today and put the top real estate team in Sioux Falls to work for you!