Stockberger: Don’t wait for pre-pandemic home prices, use equity to your advantage 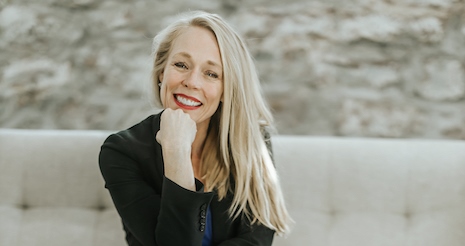 David Childers, president of Keeping Current Matters, recently posted that while we’re dealing with a crisis in real estate, it is not a housing crisis but rather an information crisis because consumers are being bombarded with confusing and scary headlines. As you likely are aware, the greater Sioux Falls area is experiencing a shifting real estate market, but as is per the norm, our little slice of heaven isn’t seeing the massive downturn like the majority of the large cities around the U.S.

The greater Sioux Falls area has an average sales price of approximately $354,000, which is still up close to 16 percent year to date. The median sales price is $310,000 and up 17 percent. New listings taken year over year are down 10 percent, which is still significant, meaning fewer transactions are being done, which also lends to the closed sales being down year over year too.

Supply and demand is one the biggest indicators of home prices, so the likelihood of prices declining to pre-pandemic prices is slim to nearly none. Home prices fell less than 1 percent in the past 60 days; that is marginal, especially with the amount of equity homeowners accumulated in the past 24 months in the greater Sioux Falls area.

Reminder that the equity built in homeownership builds your net worth. Wealth through real estate is one of my favorite things!

Currently, there are fewer than 900 properties on the market, which again drives that supply and demand, which is why we still have a list-to-sales ratio of 102.1 percent year to date.

All these things are good for buyers and sellers alike. Sellers have more equity in their homes than ever before, and buyers are not having to make split-second decisions and are not in heated multiple-offer situations.

As affordability concerns surface around the rising interest rate, we have to remember that wages are higher than they were last year at this time too.

As the Bureau of Labor Statistics reports: “Median weekly earnings of the nation’s 120.2 million full-time wage and salary workers were $1,070 in the third quarter of 2022, not seasonally adjusted. This was 6.9 percent higher than a year earlier.”

Millennials, the largest generation currently, are a big driving force for buyer demand in the housing market today. There’s no denying higher mortgage rates are making it challenging for some to afford a home today, but many millennials are still eager and able to buy homes – whether it’s their first or they’re moving up. That’s in large part because of the value they place on education. According to a recent article from First American Financial, millennials may be the most educated generation in our nation’s history. Because of that, they tend to earn higher wages, and that translates to greater homebuying power, according to Odeta Kushi, deputy chief economist at First American. 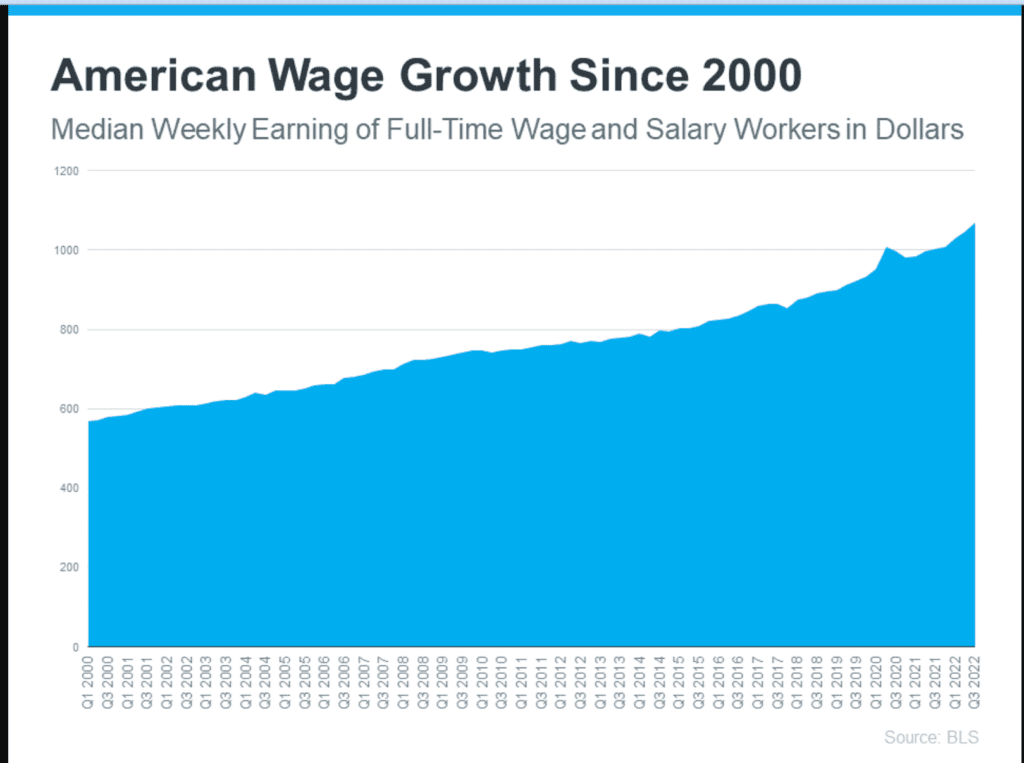 Life changes happen that trigger housing needs regardless of the interest rate. Housing is an essential part of the seasons of life.

Keep in mind that since 1970 to now, the average mortgage interest rate has been 10 percent. According to Freddie Mac’s weekly survey, rates hit 8.64 percent in 2000 and then dropped to 6.89 percent the following year.

The housing market has increased significantly over the past 50 years. Forty-five years ago when I was born, my parents bought a 900-square-foot ranch home for $25,000 at a 10 percent interest rate. Today, the same house would sell for over $225,000 — a 900 percent increase.

Again, marry your house, date your rate. The interest rate likely will change, giving you the opportunity to refinance, and home prices will be up next year as our supply-and-demand situation will not be evened out anytime soon.

As always, if you know of anyone with a life change coming up, we would love to offer them our expertise and Lifetime Home Support advantages.