Seller Operation Support
Stress-free way to sell your home for a higher price & faster with our personal project manager services.
May 18, 2018 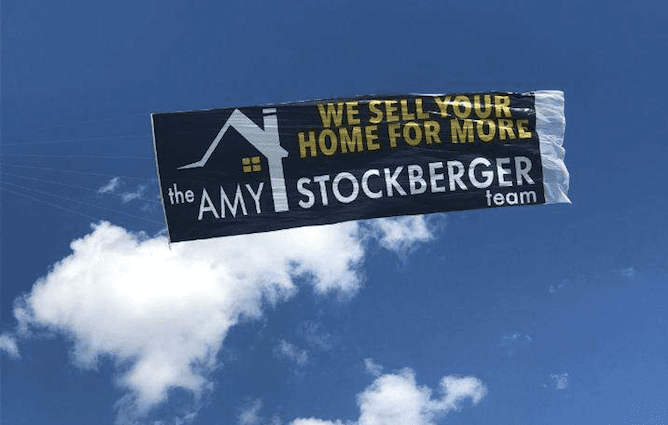 It says something about the state of the housing market that Amy Stockberger took to the sky to encourage potential sellers.

Stockberger, who is part of Hegg Realtors, hired a pilot to fly a banner last weekend over neighborhoods in particularly short supply of homes for sale.

The response was “absolutely amazing,” she said. She plans to repeat the aerial marketing this weekend.

“We have a giant pool of buyers needing homes,” she said. “And they are getting so frustrated with the lack of homes.”

Monthly data from the Realtor Association of the Sioux Empire backs up the feeling.

New listings in April were down 12.6 percent compared to the same time last year. Closed sales dropped 2 percent. Inventory has dropped to a 2.9-month supply, down 30 percent from the same time in 2017.

“This is the lowest I have seen in my 18 years of selling homes,” Stockberger said. “As of today, there are only 310 single-family homes on the market in Sioux Falls under $300,000.”

“Many sellers and builders are in a good position for financial gains, as the economy continues to favor putting existing homes on the market and building new homes for sale,” according to an analysis included with the RASE report.

“We are finally beginning to see some upward movement in new listings after at least two years of a positive outlook. There may not be massive increases in inventory from week to week, but a longer-term trend toward more new listings would be a good sign. Low inventory should continue to create a competitive situation for buyers, causing price increases over the next several months.”

Sellers are starting to come out of hibernation, though.

“We are getting more and more listings each day,” Stockberger said. “I anticipate that will continue into June. Typically, July seems to get a little slower toward the end of the month, seasonally. I am predicting we stay fairly strong all summer.”

Buyers likely will have to keep moving fast when desirable homes appear and probably not negotiate much. The average seller in April received 99.5 percent of the original list price.

“Being quick with an offer is still the rule of the day as the number of days a home stays on the market drops lower. If that wasn’t enough for buyers to mull over with each potential offer, being aware of pending mortgage rate increases is once again in fashion,” the RASE report said.