Team Member of the Week: Griffin 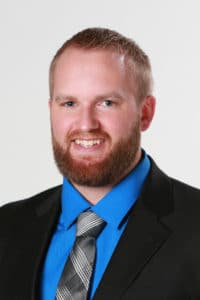 Start date and title with A.S.:
February 2016, Inside Sales Agent

Best concert you’ve ever been to:
Randy Houser

If someone was looking for you in the mall, where would they most likely find you?
I used to work in the mall so I try to avoid it as much as possible.

One actor/actress you would like to have dinner with:
Will Ferrell

What jam can always get you going?
Randy Houser – “My Kind of Country”

In your opinion, what’s the most important feature in a home?
Basement man cave

The Amy Stockberger team offers the highest level of service in creating a smooth transaction which is made possible by using the array of systems and checklists that have been developed with years of experience and knowledge. With the best technology available, The Amy Stockberger Team surpasses their competition and is consistently dedicated to making their client’s goals their number one priority. Call us today and put the top real estate team in Sioux Falls to work for you!